Posted by John Mullervy on

Please note this event is SOLD OUT

This event is in partnership with the CAA Arts Access Program. CAA Arts Access — previously known as the Columbia Alumni Arts League from 2007 to 2013 — has been opening doors to galleries, theaters, concert halls, and museums for more than 30,000 Columbia University alumni since its founding. 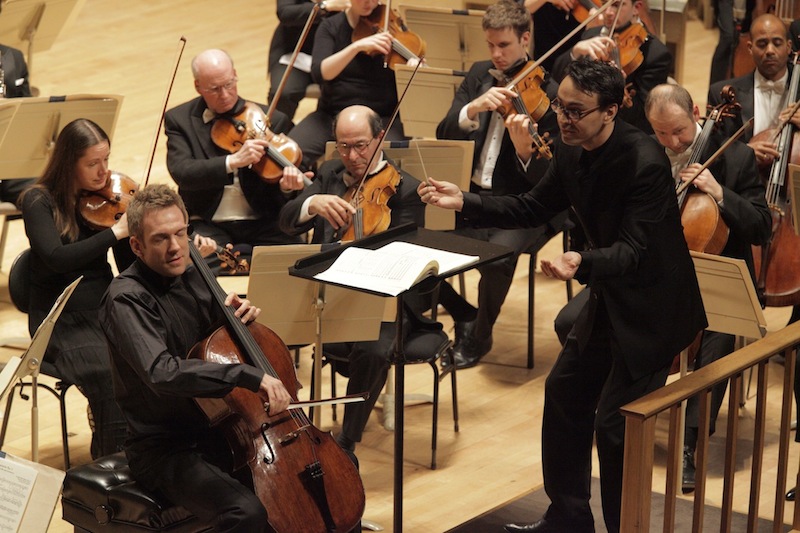 Conductor Ken-David Masur has been critically hailed as "fearless, bold" and a "life-force" [San Diego Union-Tribune] and "a brilliant and commanding conductor with unmistakable charisma"[Leipzig Volkszeitung]. He begins his appointment as Assistant Conductor of the Boston Symphony Orchestra in the 2014/15 season, when he also leads weeks with the San Diego, Munich, Nuremburg, and Omaha Symphonies.

Together with his wife, pianist Melinda Lee Masur, Ken-David Masur serves as Artistic Director of the Chelsea Music Festival (www.chelseamusicfestival.org), an annual multi-media/multi-sensorial summer music festival in New York City, called “a gem of a series" by The New York Times. He also won a Grammy nomination from the Latin Recording Academy in the category "Best Classical Album of the Year" for his work as a producer of the album "Salon Buenos Aires."

Ken-David Masur received his B.A. from Columbia University in New York City. From 1999-2002 he served as the first Music Director of the Bach Society Orchestra and Chorus there, which toured Germany and released a critically acclaimed album of symphonies and cantatas by W.F. Bach, C.P.E. Bach and J.S. Bach. He received further music studies at the Leipzig Conservatory, the Detmold Academy, the Manhattan School of Music and the Hanns Eisler Conservatory in Berlin, where he was a five-year master student of Bass-Baritone Thomas Quasthoff. Masur studied conducting primarily with his father Kurt Masur.

Please note this event is SOLD OUT