Second-seeded Columbia (21-5, 12-2 Ivy) will take on third-seeded Yale (16-10, 9-5 Ivy) in the semifinals of the 2022 Ivy League Women's Basketball Tournament, presented by TIAA. The tournament is being held at Lavietes Pavilion on the campus of Harvard, just outside of Boston.

The women's semifinal round is scheduled for Friday, March 11. Columbia and Yale square off at 7:30 p.m. ET.

We hope that you'll join us and please purchase your tickets for the tournament. In order to secure seats in the Columbia Section, please purchase by Wednesday, March 9th, at 3:00 PM.

Please be sure to have proof of vaccination/booster. 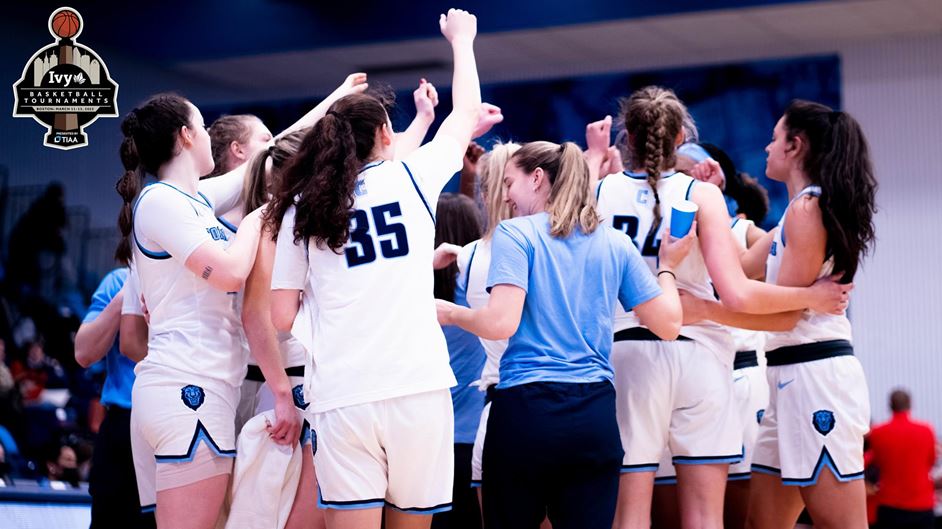 Columbia will be making its first postseason appearance as an NCAA Div. I program. Its last postseason game came in 1986, when the Lions won the New York State AIWA Championships and advanced to the NCAA Div. III Regionals. This year's team has matched the 1985-86 team's program record for wins (21-6), which stood alone for 36 years.

The Lions swept this year's regular season series against Yale for the first time since 2011. They came back from a double-digit second half deficit to open the Ivy league season, 65-55, on January 2 in New York. Columbia completed the sweep on February 12 in New Haven, using a 13-0 second-half run to pull away, 65-57. Jaida Patrick led the Lions with 19 points.

The winner of each semifinal will advance to the Ivy League Tournament Championship, which will take place Saturday, March 12, at 5 p.m. ET. The championship game will be televised nationally on ESPNEWS. The semifinals will be available on ESPN+.