Over 40 alumni and their friends and family attended the Columbia-Harvard Women’s basketball game on Saturday January 28. Prior to the game, the alumni met with Lauren Dwyer and Maggie Johnson of the Athletic Department at a pregame reception at John Harvard’s Brew House in Harvard Square. The event was co-sponsored with the Barnard Club of Boston and Columbia College Women, which resulted in the largest Columbia alumni attendance ever for a Women’s basketball game in Cambridge. Despite a 4 overtime victory over Dartmouth the previous night, the team played a great game and had the chance to upset Harvard at the very end of the game. This was the third women’s basketball game and pre-game reception hosted by Columbia Alumni Association of Boston and will be an annual event going forward.

In a tradition started in the late 1990s, the Columbia Alumni Association of Boston hosted a pre-game reception for the men’s basketball coaches prior to the Columbia-Harvard men’s basketball game on Friday, February 17 at John Harvard’s Brew House in Harvard Square. Over 65 alumni attended and met Assistant Coach Jared Czech and Director of Basketball Operations Jonathan Safir, who gave a summary of the season to date. The alumni then trekked over the Charles River to Harvard’s Lavietes Pavilion to watch the Lions almost upset Harvard in their home gym for the second year in a row. CAA of Boston will undoubtedly host a similar event next year. 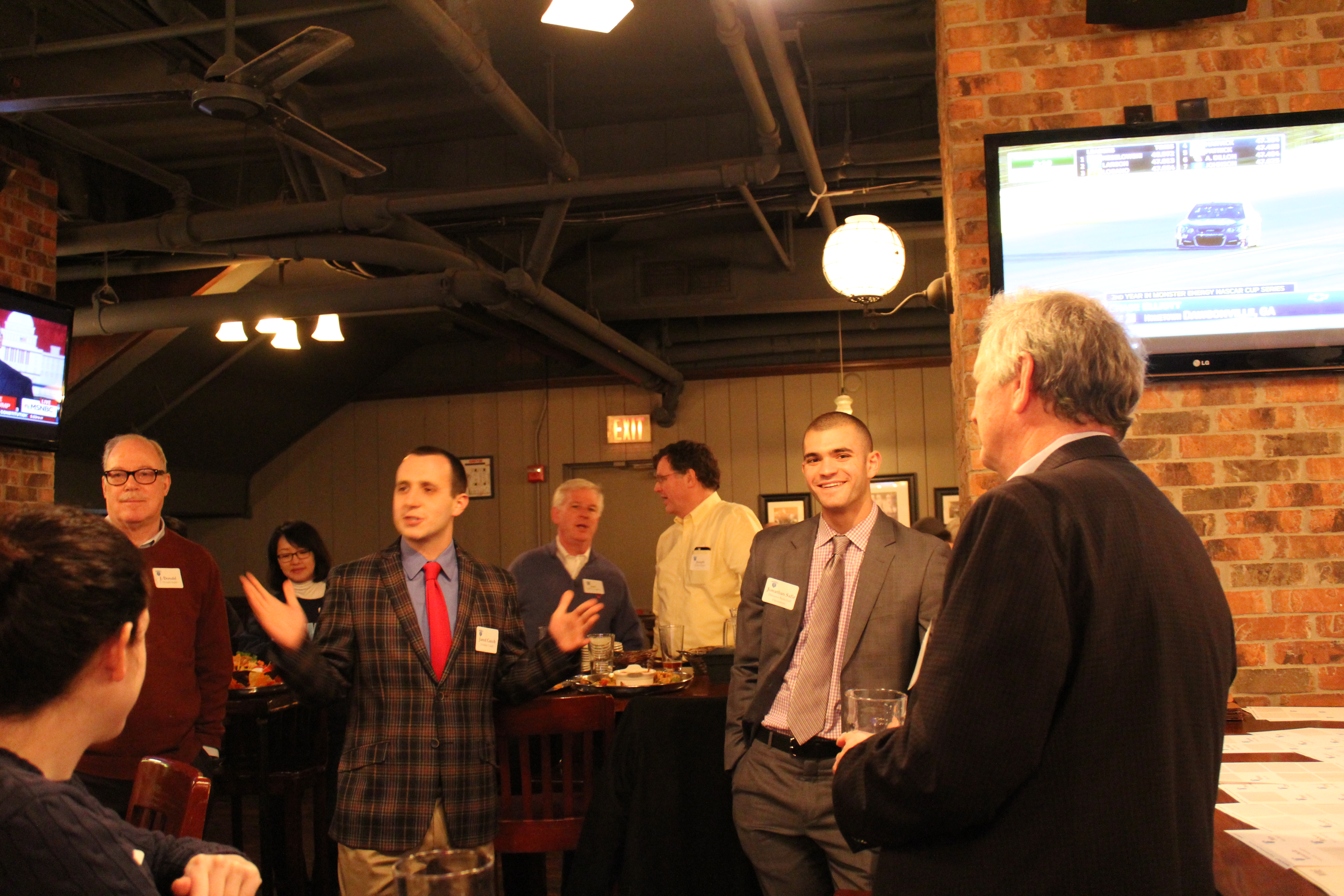 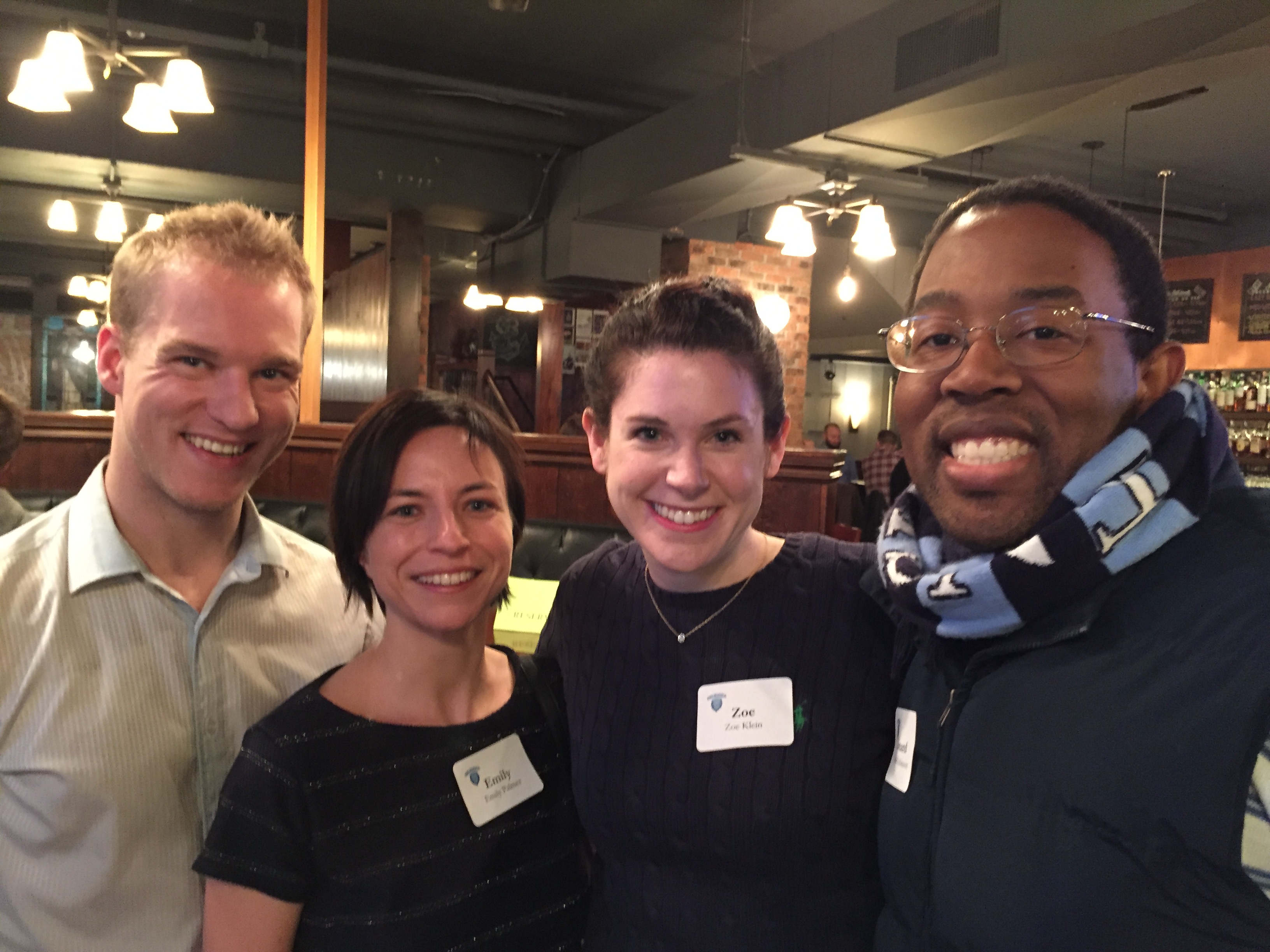 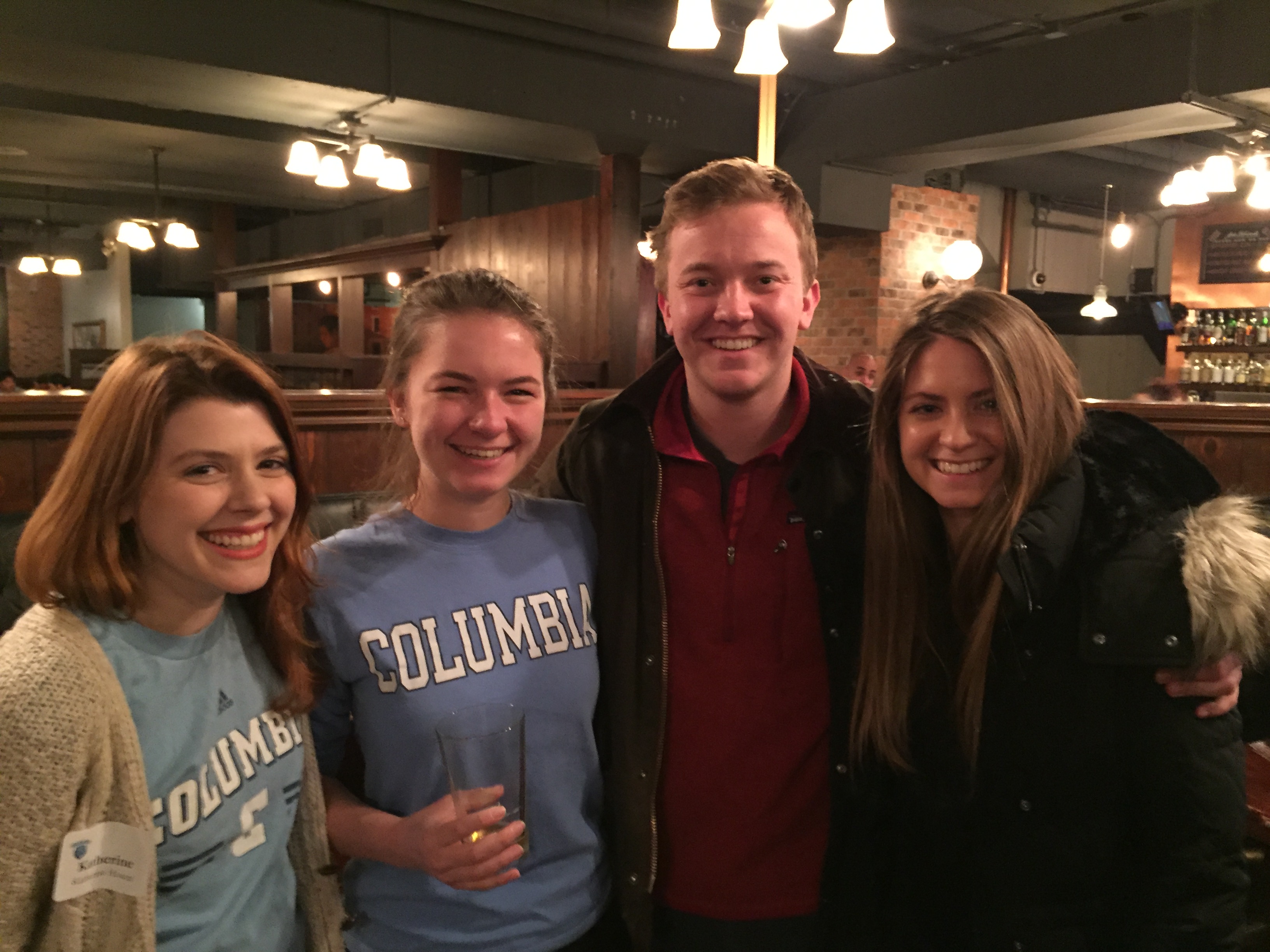 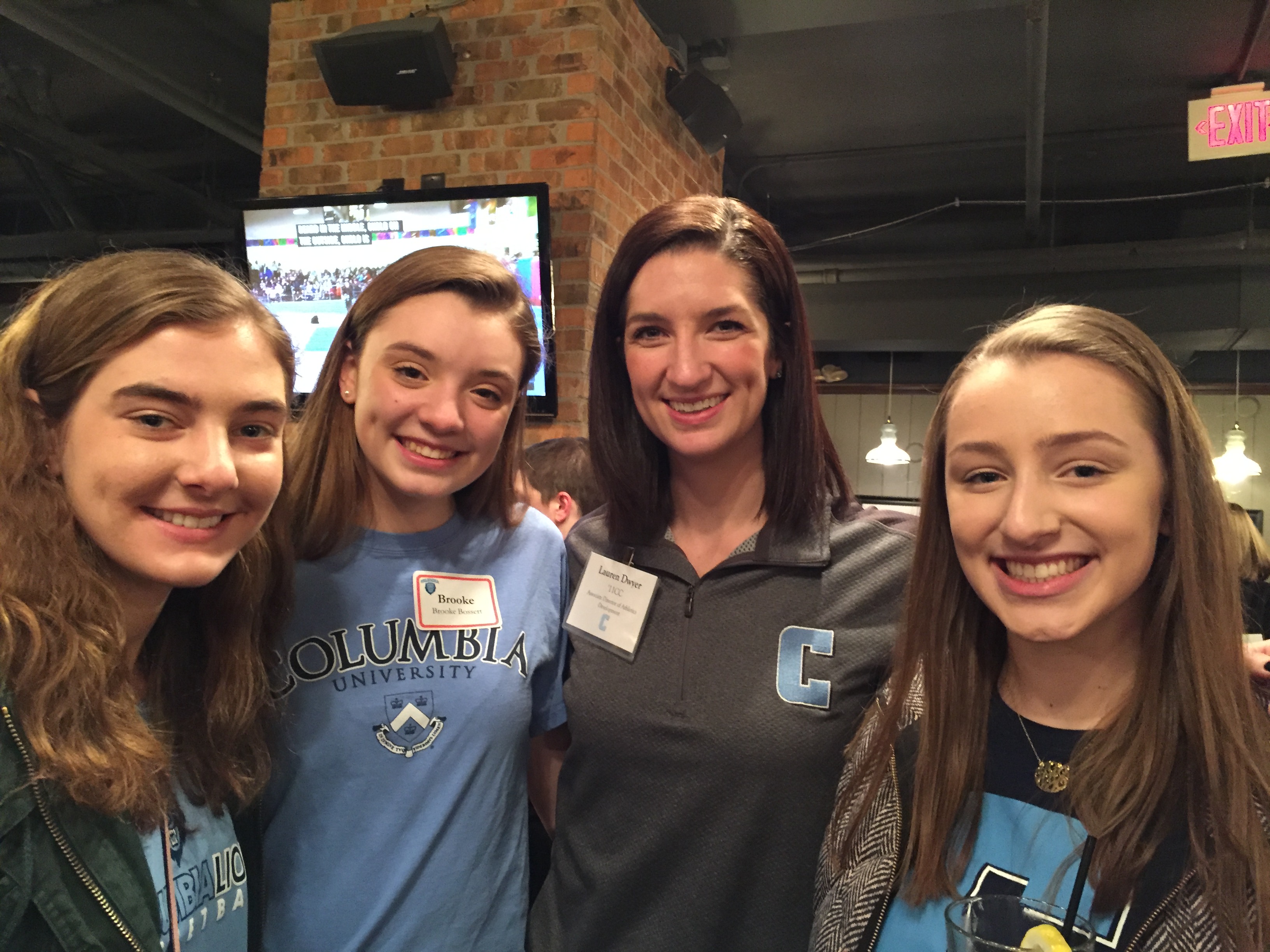 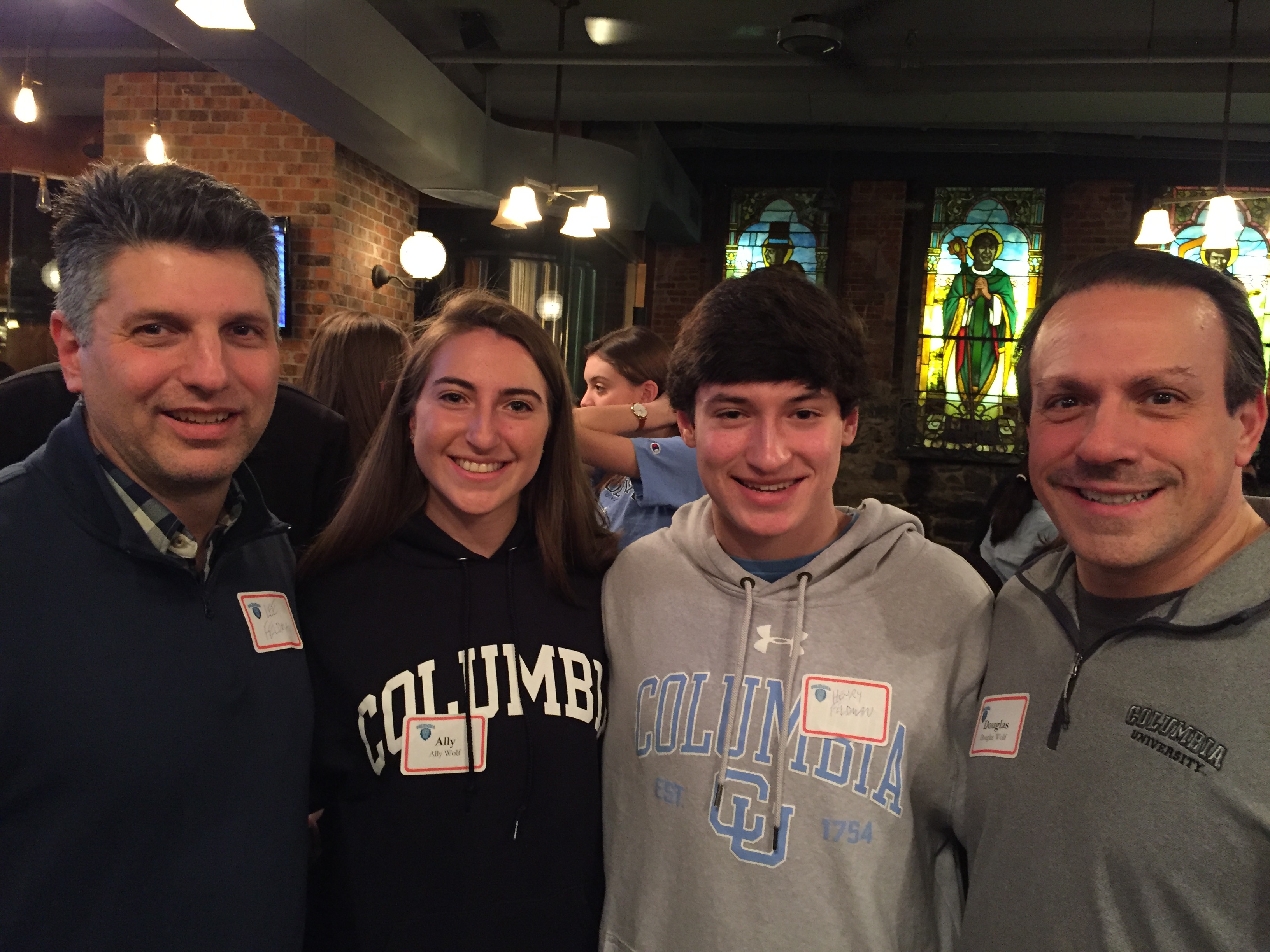 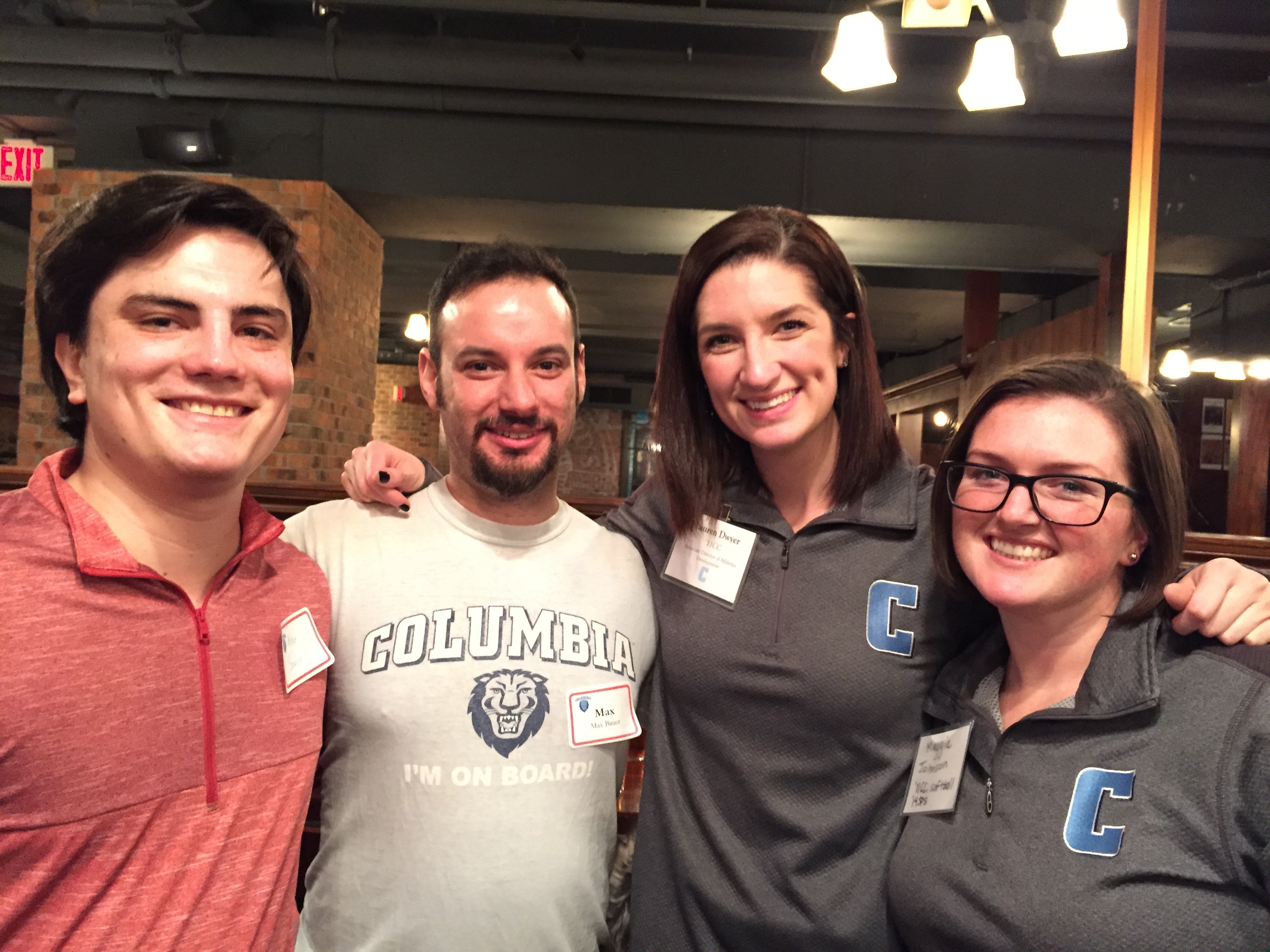